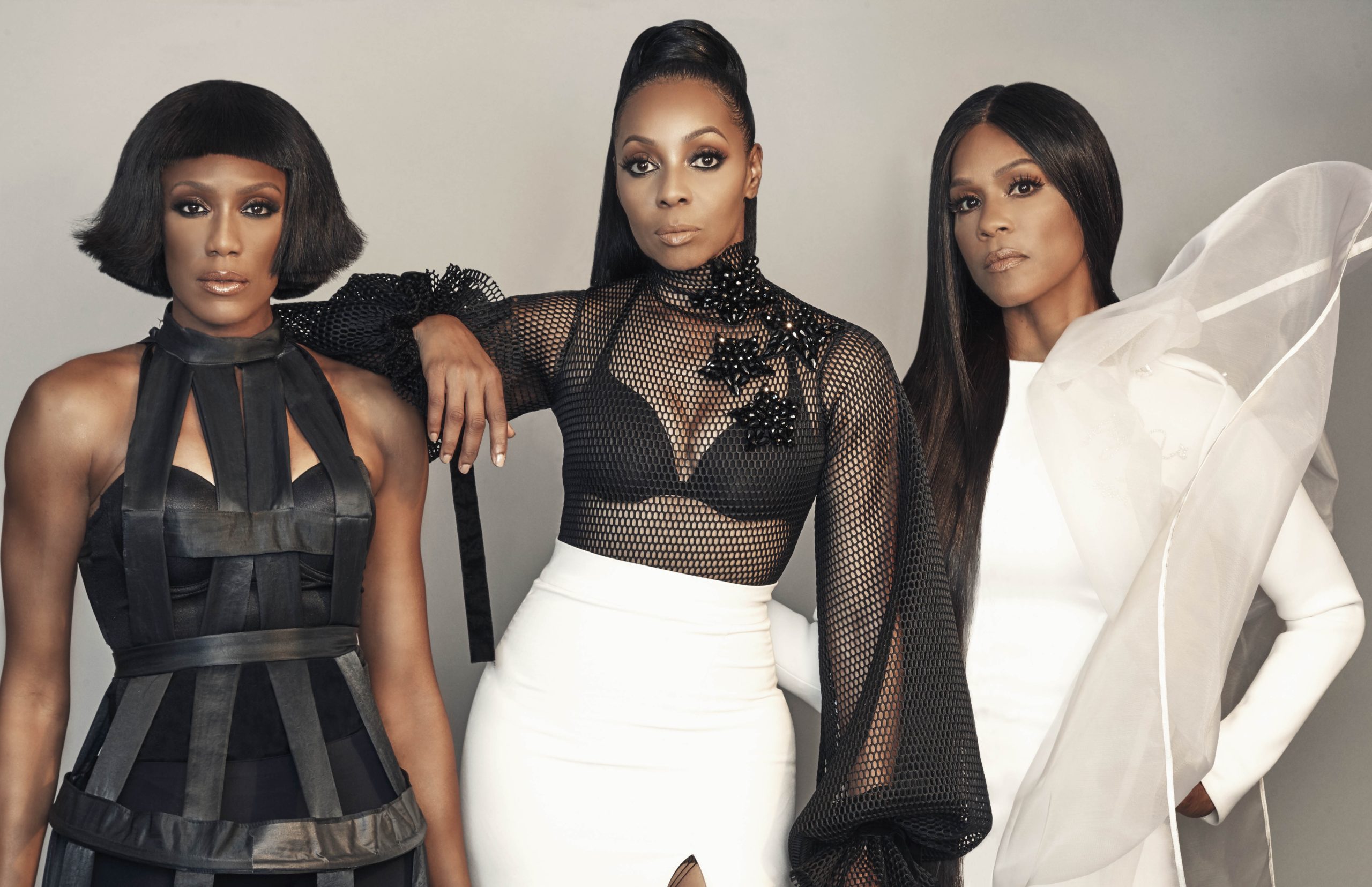 Timeless! That’s what comes to mind the moment the resonant voices of En Vogue pour through the airwaves. With their first single, Rocket, breaking the Billboard UAC Top 10 chart, the ladies are poised for more chart-topping success with the global release of their “Electric Café” album on Entertainment One Music.

En Vogue, current members Cindy Herron-Braggs, Terry Ellis and Rhona Bennett are recognized as one of the top 5 highest selling American female music groups in history, En Vogue has sold over 20 million albums to date. Their effortless transition into the digital age, complemented by their effortless chic, has garnered the group over 30 million streams and 26 million-plus YouTube views on their Top 6 hit singles alone; smashes such as Hold On, Free Your Mind, Never Gonna Get It, Giving Him Something He Can Feel, Don’t Let Go, and Whatta Man (feat. Salt N Pepa).

April 2018 marked the group’s most diverse work yet with the release of “Electric Café.”

“We were just looking for a vibe,” says founding member Cindy Herron-Braggs of the group’s first studio album since 2004. “In the beginning, we were feeling that electronic dance sound, but then the music started to evolve creatively.” Electric Café features collaborations with some of today’s most sought-after producers and artists, including Ne-Yo, who penned the lead single Rocket with production by Curtis “Sauce” Wilson and Raphael Saadiq, who wrote and produced the smoking hot track, I’m Good.

Known for their show-stopping performances, En Vogue stays in demand. 2018 kicked off with a European tour hitting Dublin, Ireland followed by shows throughout the United Kingdom, Holland, and Germany.

“There has never been a time when we didn’t have a show on the books,” says co-founding member Terry Ellis. “We’re blessed to have a global fan base that gives us so much love, so much genuine enthusiasm, every time we walk out on that stage.”

The ladies attribute their stellar figures and age-defying looks to a primarily plant-based diet and vigorous fitness routine. For them, the ability to consistently deliver high-energy performances is paramount; it is also what keeps their legions of fans wanting more. Simply put, “We just love our craft,” says Cindy Herron-Braggs.

While the seasoned songbirds stay connected to their R&B roots, their appreciation for diverse musical genres is reflected in their new project. “We love the authenticity of Hip Hop and the fusion of old school rhythm with a contemporary sound,” says Rhona Barrett.

When not on the road, they donate their time to philanthropic causes such as The HollyRod Foundation, which provides medical, physical, and emotional support to families living with autism and individuals battling Parkinson’s disease. They also support non-profit organizations that rescue victims from human trafficking and provide them with educational and job training.

Since their debut, En Vogue has set the standard for female R&B/Pop groups and promise to continue that tradition into the future for a new legion. Their appeal is timeless; and in a world full of ‘one-hit’ wonders, that makes their new collection of music – timely.