Long Beach Pride™, a 501(c)3 non-profit, is an all-volunteer organization that produces the annual three-day Long Beach Pride™ festival, parade and teen pride annually in May. The third largest Pride festival and parade in California, we celebrate the LGBTQ+ community with a focus on inclusion, and work to educate the wider community that diversity builds a stronger and healthier society. Taking pride in what we have achieved since 1984, we strive to teach the future generations that the battle for acceptance continues.

Long Beach Pride™ was established in October 1983 and produced the first annual Long Beach Pride™ Festival & Parade in June of 1984. The Board of Directors felt that with such a large gay & lesbian population, there was a need to increase awareness and to promote PRIDE and a greater sense of self-worth within the community. Additionally, the Board felt it important to facilitate greater cooperation, mutual respect, and understanding between the LGBTQ+ community and the community of Long Beach.

To produce and support activities that educate, encourage and celebrate PRIDE, inclusion and respect for humanity.

While the main project of Long Beach Pride™ is the annual Pride parade & festival, the organization operates year-round and sponsors other philanthropic projects. Since the beginning, Long Beach Pride™ has spearheaded a toy drive for disabled and disadvantaged children. In 1994 alone, the toy drive collected over 1500 toys distributed in cooperation with Catholic Charities.

Over the past several years, the Long Beach Pride™ Festival & Parade has become the 3rd largest in the nation, now attracting over 80,000 participants over the two-day celebration. More than 200 marching groups and floats comprise the parade entries since 1995, representing various religious, human service, governmental and social organizations.

Please join us in our endeavor to give back to the community and help continue the tradition! 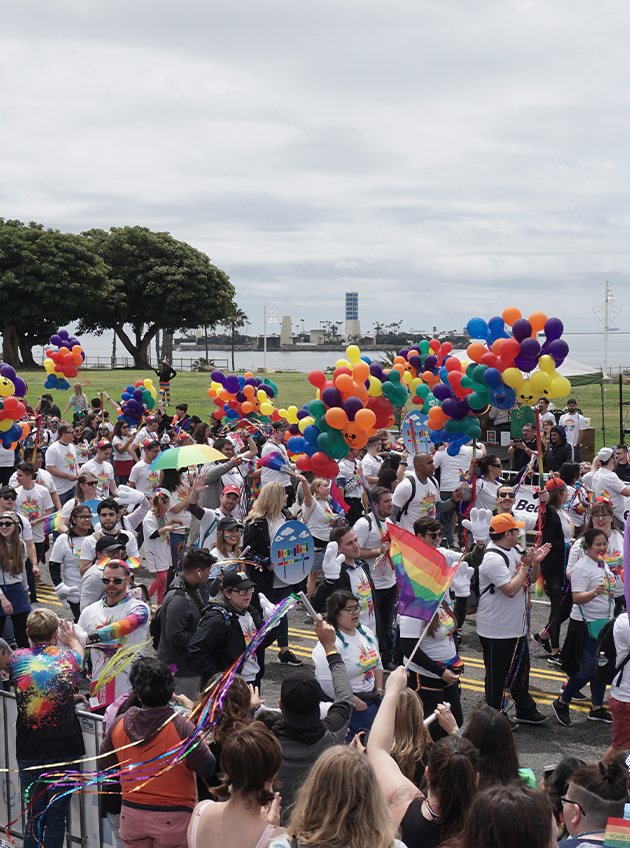